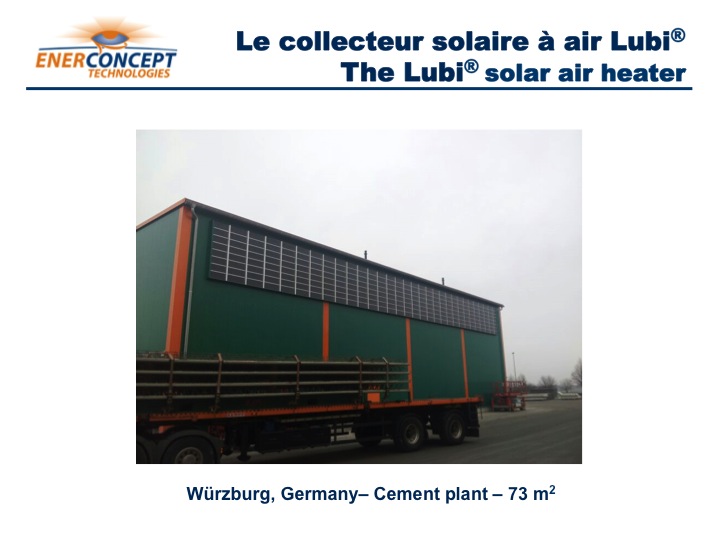 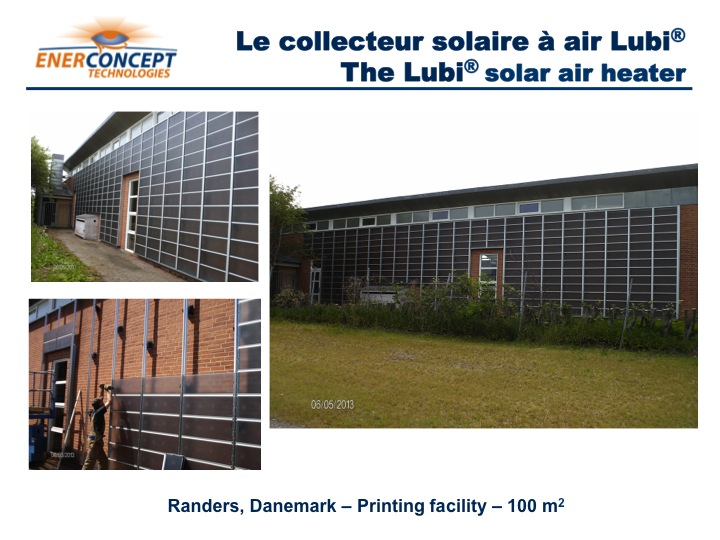 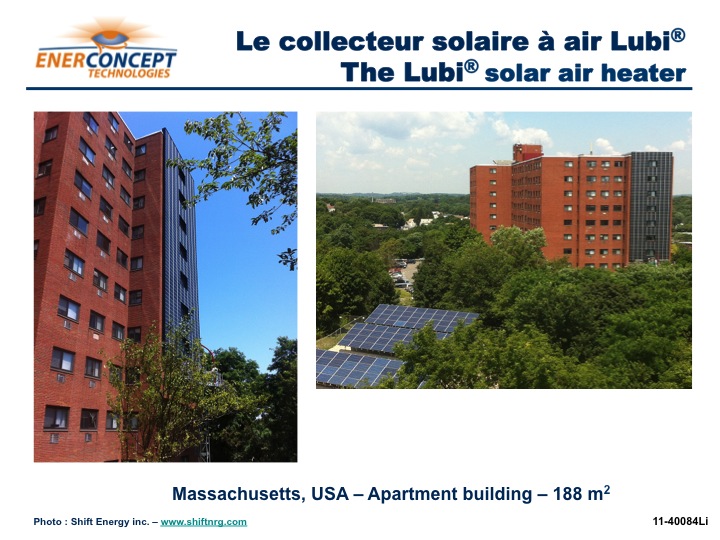 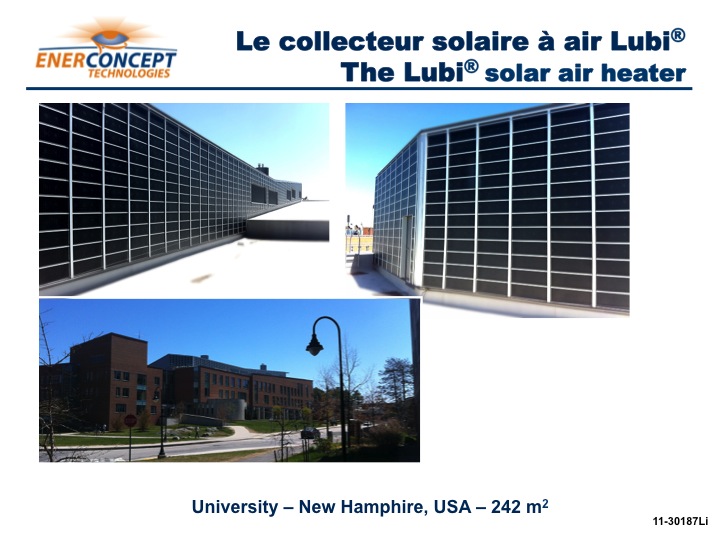 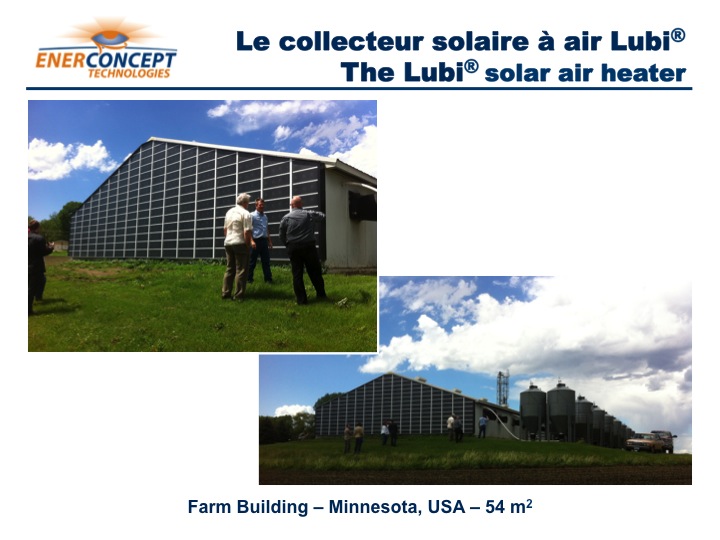 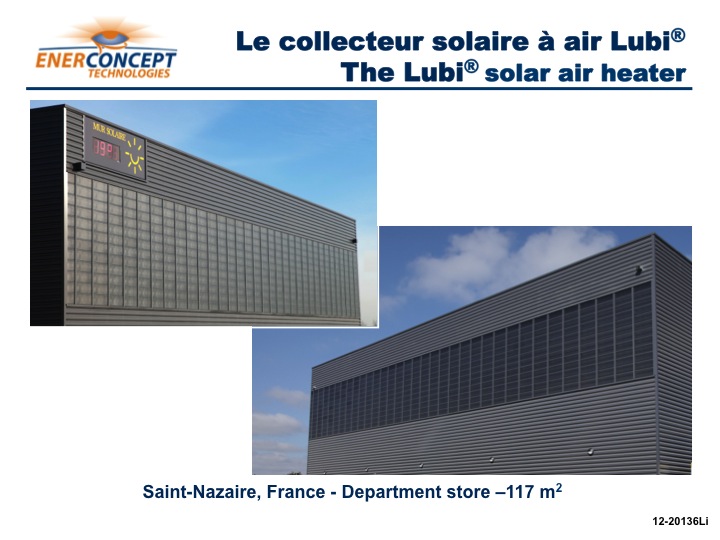 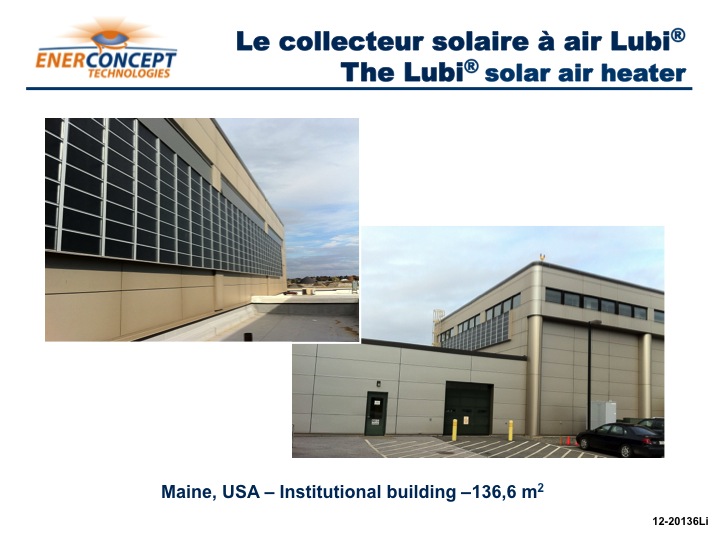 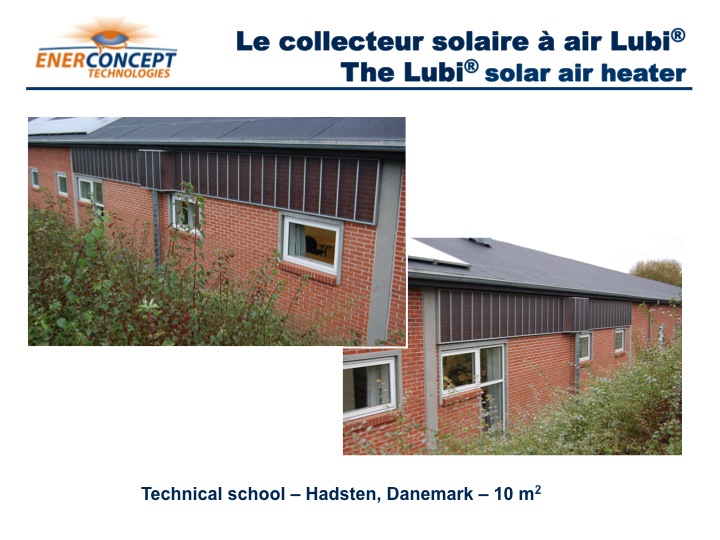 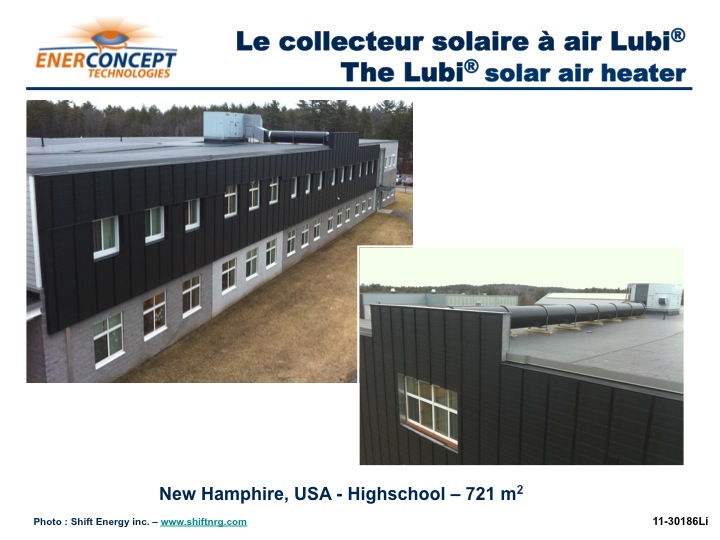 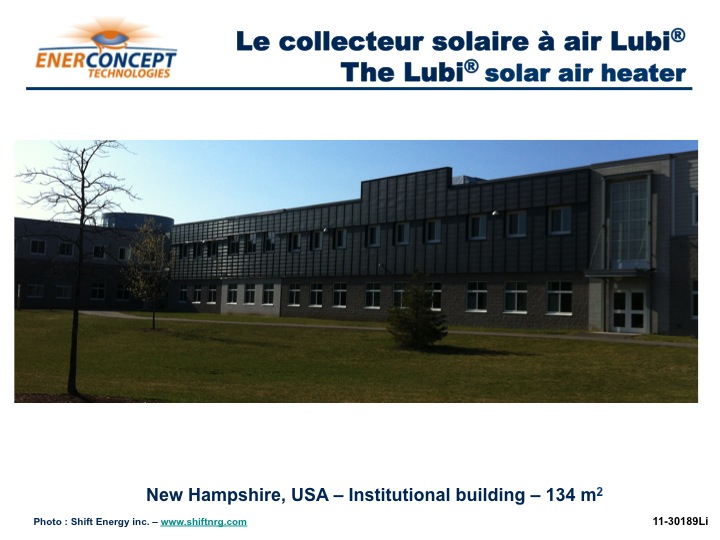 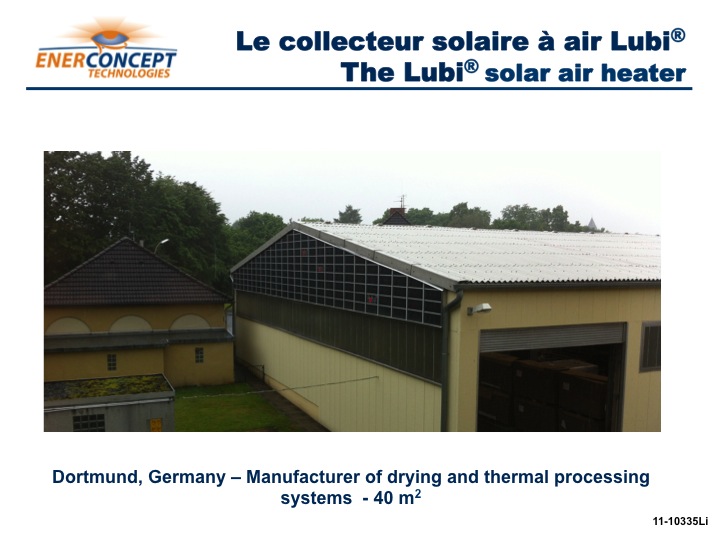 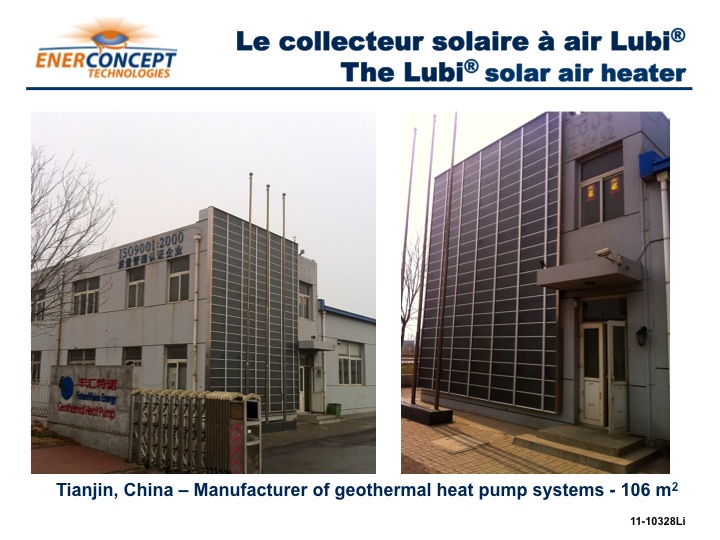 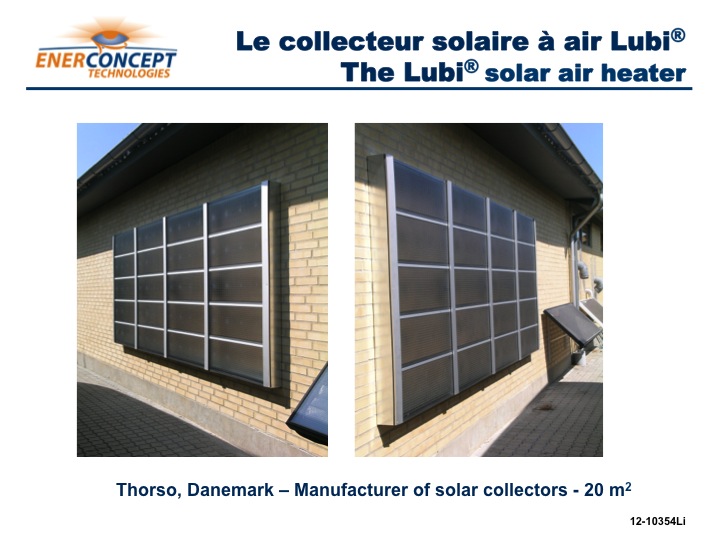 During  the AHR Expo in New York City in January 2014, Mr. Cary Pinkalla, president of DuctSox, presented the DuctSox

Dear Partners, Most of you know the Lubi solar hot air collector, which not only broke all records in terms of

Once again, Enerconcept innovates with its brand new Solar PrethermographyTM tool allowing you to simulate the performance of each m2