This technology reduces the energy other facility systems must expend for space heating. 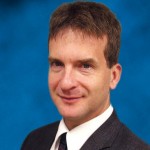 Most facility managers (fms) find it hard to believe when a salesperson claims, “We’ll cut your annual energy bill by 15% to 50%, and it won’t cost any money in capital equipment costs.” However, energy saving scenarios like these are increasingly emerging with the use of solar hot air technology, which reduces the costs associated with heating outside fresh air brought into a facility.

All solar is not the same. Ironically, the most widely known category—solar electric—is the least efficient. To take advantage of the most efficient solar strategies, fms must know there are three decidedly different types of solar technologies that can be used in buildings—solar electric, solar hot water, and solar hot air. The only commonality these three types share is their “solar” classification, as their applications are different.

Solar electric uses photovoltaic panels to generate electricity from the sun. Although it is heavily subsidized, this popular solar technology is not as efficient as other solar technologies. Typical costs for solar electric range from 25¢ to 35¢/kilowatt hour (kWh) with paybacks of 10 to 15 years, when incentives are included.

Solar hot water systems feature solar panels that use energy from the sun to heat circulating water for domestic hot water or space heating. Typical costs for solar hot water range from 12¢ to 15¢/kWh with paybacks of five to 10 years, when incentives are included.

Solar hot air uses solar collectors consisting of roof mounted or wall mounted metal panels or glazing to heat a building’s outside air requirement. Typical costs for solar hot air range from 5¢ to 9¢/kWh, depending on the system type, with paybacks ranging from zero (when the collector’s metal wall absorber is substituted for a masonry wall in new construction projects) to seven years, when incentives are included.

The efficiency factors of each of the three solar technologies vary. On a typical clear day, solar radiation offers 1,000 watts/m2 or 300BTU/ft2. Solar electric can convert about 12% to 15% of solar radiation into usable electricity. Solar hot water can convert 50% to 65% for hot water heating or other useful energy. Meanwhile, depending on the type of product and manufacturer, solar hot air collectors deliver 65% (for wall mounted metal collectors) to 80% efficiency (for wall mounted collectors with perforated glazing), which is nearly the physical limit of solar efficiency.

Solar hot air is commonly supplied by wall mounted or rooftop solar collectors. In wall mounted metal models, solar radiation heats the metal façade, which is typically mounted between 4″ to 12″ inches away from the exterior of the building (ideally on a south facing wall). Radiation warms the air inside or on the collector surface, depending on the design. Models with transparent glazing façades use the back wall for absorption of the solar energy that heats the air through convection.

Collectors with translucent, perforated glazing are the highest performers in the wall mounted solar hot air category. They have an 80% efficiency and the capacity to heat air 81°F above ambient temperature under ideal conditions, according to the Canadian Standards Association-International (CSA), a third-party rating agency.

Regardless of the type, the outside air traveling through a collector is drawn into the facility via an existing HVAC system fan. A thermostatically controlled bypass damper determines how much of the outside air is mixed with building return air and/or back up fossil fuel heated air, and it is then distributed via the building’s ductwork system. 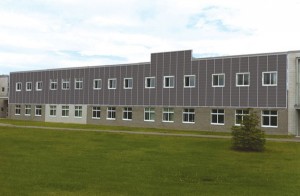 As with most facility energy improvements, the availability of incentives, rebates, and other financing mechanisms can impact how easily an fm might implement a project. At the Sanborn Regional High School in Kingston, NH, a solar hot air collector system was recently installed with the help of a power purchase agreement (PPA)—the first time this financing strategy has been used for solar hot air. Through a PPA, a facility is able to have equipment installed without any capital costs for equipment. The Sanborn Regional School District does not own the equipment and only pays for the energy used during the term of the 10 year contract.

It is projected that over the term of the PPA, Sanborn Regional High School will pay what translates to $2.50/gallon of fuel oil versus market prices that have typically fluctuated between $3 to $4/gallon over the past 10 years. The five year old school is projected to save $17,000 in energy costs, prevent 48 tons of CO2 emissions from entering the environment, and displace 13,500 gallons of fuel oil annually.

The PPA contract for Sanborn’s solar hot air system came about through a consortium comprised of a financier, an equipment manufacturer, and a company that managed the installation. The PPA is profitable for its partners, and the energy saving is enticing to the school due to the efficiency and efficacy of solar hot air collectors.

As fms seek ways to reduce energy consumption and costs, there are opportunities related to HVAC systems. Solar hot air is not the most widely known technology that taps the sun, but its impact on energy usage and environmental goals can be significant. In addition to PPA opportunities that may be available, fms can also visit the Database of State Incentives for Renewables & Efficiency (www.dsireusa.org) to research incentives and rebates.

Vachon, P.Eng., M.Sc., is president of Enerconcept Technologies, a solar air heating equipment manufacturer located in Magog, Quebec. He is chairman of the solar air heating committee of the Canadian Solar Industries Association (CANSIA) and a frequent speaker at architectural and engineering conferences. He can be reached by e-mail or by phone at (866) 829-1690.